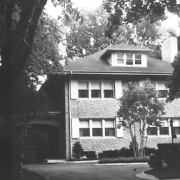 Last week we went back to school to explore the modern additions to University Liggett School, designed by the world-famous modernist architects Leinweber, Yamasaki & Hellmuth.

Completed in 1954, the firm was commissioned to design a lower and middle school along with a new gymnasium, auditorium, a library, and fine arts rooms, to complement the existing older two-story brick building erected in 1928.

This week we visit a rather distinctive home that many Grosse Pointers drive past everyday – welcome to 58 Moross. Completed in 1915, the property was designed by Stahl, Kinsey & Chapman for Louis A. Moran, a cement contractor.

The primary architectural form of 58 Moross is the Prairie style – a popular architectural approach across the United States from around 1900 through 1919, reaching its height of popularity in 1915. During this era the Prairie style was popular with Frank Lloyd Wright, who had mastered its approach. Typical elements of the Prairie style include a low-pitched hipped roof with wide projecting eaves, stucco finish, a continuous band of casement windows known as ‘ribbon windows’, along with a large low chimney.

The exterior of 58 Moross is stucco made up of 3-5” spots of concrete – much larger than regular stucco. The house is currently a distinctive light green color, but in the past it was painted blue. The colors, architectural style, and large scale make this property especially eye-catching as you drive up Moross from Lake Shore Dr. The property is situated on a 100’ x 241’ sq ft lot, set back from the street for privacy. The 5,000 sq ft home is a square configuration, – typical of the Prairie architectural style. It currently has five bedrooms, but during the 1950’s the property was listed as having six. The first floor contains a large 15’ x 24’ q ft living room, a 15’ x 17’ sq ft dining room, and a 14’ x 17’ sq ft library. All of the bedrooms, located on the 2nd floor, are roughly the same size – around 13’ x 15’ sq ft. The home features an excellent example of a porte-cochère on the left-hand side of the residence. Traditionally, this structure provided a covered place for vehicles to stop thus allowing passengers to be protected from the weather as they entered the home. It also allowed a vehicle to pass from the street to an interior courtyard. It was a feature of many 18th and 19th century mansions and public buildings in Europe. 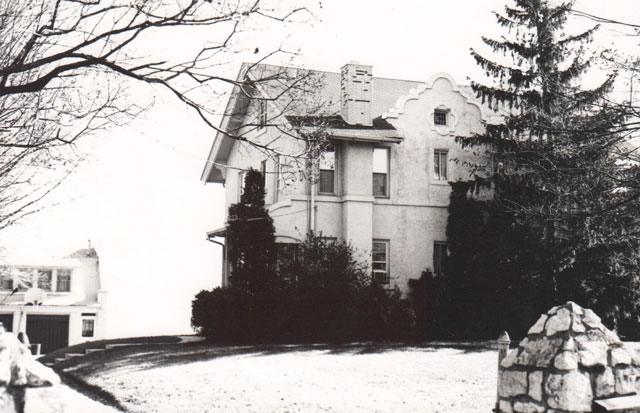 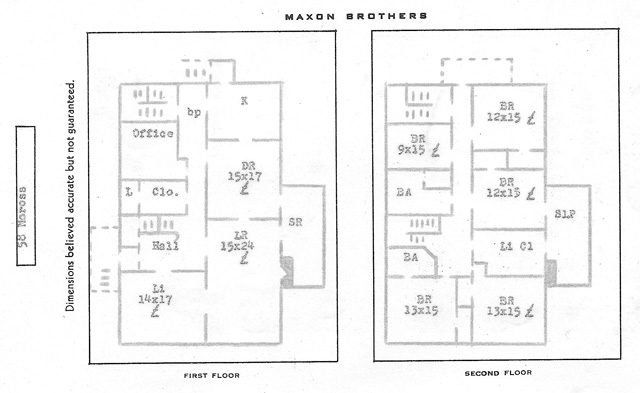 It is reported the original owner of 58 Moross, Louis A. Moran, also built the home. Mr. Moran, born in 1871, was a member of one of the first families in Detroit and Grosse Pointe. Moran Road was named in honor of the family. He married Mary E. Poupard (a member of one of the most prosperous families in the Grosse Pointes that once owned spacious ribbon farms on the shores of Lake St. Clair). The couple had six children (five daughters and a son). Louis A. Moran passed in 1935. During the proceeding years, after Mr. Moran’s death, two of the couples’ daughters, Pearl and Hazel, continued to reside at the property for a number of years. 58 Moross was also listed at the registered address for Pearl’s son, Ralph. Mary Moran also continued to own 58 Moross until her death in 1954, at which point the house was listed for sale – it was purchased by John Bradley Jr. for $24,500 (around $250,000 today). Mrs. Bradley was a prominent socialite in Grosse Pointe who was associated with the wives of some of the most distinguished residents in the community at the time. Prior to moving to 58 Moross the couple resided at 190 Moran.

The architects behind 58 Moross were Stahl, Kinsey & Chapman, architects in Detroit. It appears the firm was best known for its work on commercial and residential projects in Windsor, Ontario and Metro Detroit – particularly in Indian Village. The firm consisted of John Clarence Stahl Jr. (1875-1951), John Emerson Kinsey, Sr. (1873-1962), along with engineer Washington Hobart Chapman (1876 – 1950). It is reported Stahl and Kinsey formed the initial partnership in Detroit, early in 1912. Chapman joined the partnership of Stahl and Kinsey in either late 1913, or early 1914. It appears their collaboration ended in 1916, when the United States joined World War I. Source: dictionaryofarchitectsincanada.org

John C. Stahl, a German American, was born in Indiana, 1875. Having moved to Michigan and graduating from Central High School (in Detroit) he worked in architectural offices during the day, learning his trade, and studied building and design at night school. Prior to establishing the firm of Stahl, Kinsey & Chapman – Stahl worked on several prestigious commissions. Possibly the design he is best known for is the Frederick Linsell House in 1904. The Georgian style home is located in the middle of Wayne State Campus. Stahl also worked on several projects in Grosse Pointe. One of his earlier commissions was in 1908, a magnificent home for Frank P. Chesbrough, a wealthy lumber baron. It was located at 259 Lakeshore (demolished during the 1960’s). Image courtesy of Detroityes.com. You can read the full story of 259 Lake Shore by clicking here. 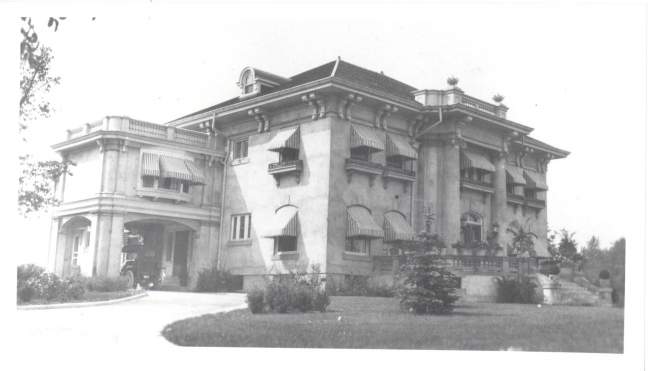 An incredibly talented architect, Stahl, later on in his career, designed several churches in Detroit. He was acknowledged as one of the most skilled church and school architects in the state and enjoyed a lengthy and incredibly successful career.