This week we are going to bring you the story of 16710 E. Jefferson, the old and the new – the original house that was located on the property, the now remodeled residence, and the sub division it became part of.

Over the past few months we have featured several homes that fall under ‘The Old and the New’ category – residences that once had an historic older property that has either been replaced or been remodeled, including: 735 Lake Shore, 655 Lake Shore, 501-507 Lake Shore (the former Stonehurst Estate), and 824 Lake Shore.

16710 E. Jefferson has had a long and interesting history. Completed in 1896, the property is one of the older surviving homes in all of the Grosse Pointe communities. The original home was designed in a Victorian architectural approach. In the United States, ‘Victorian’ architecture generally describes styles that were popular between 1860 and 1900, including Richardsonian Romanesque (1880–1900) and Queen Anne (1880–1910). Both of these styles were particularly popular in Grosse Pointe during the late 19th century. Typical characteristics of Victorian architecture include: two to three stories, a complicated asymmetrical shape, steeply pitched roof, textured wall surfaces, and a large wraparound porch – many such traits are displayed with the design of 16710 E. Jefferson.

The property was originally located on a large 60’ x 1000’ sq ft lot, next to the lake and only accessible by a narrow dirt track – as depicted in the photo below (taken in 1948). 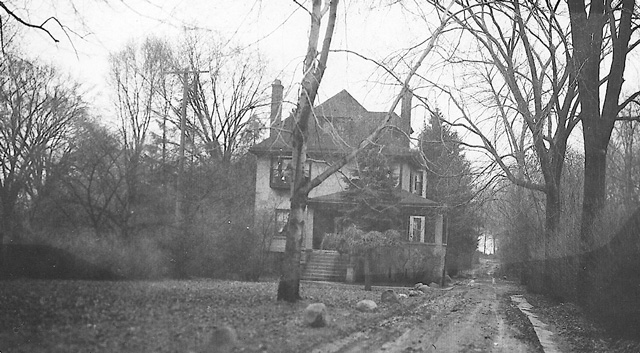 It is believed the house was originally constructed of wood with stucco layered over the frame. From our files we believe the home has been modernized/remodeled several times in – 1912, 1939, 1954, and again in 1967 after a major fire caused extensive damage. It is not clear how large the house was when it was first completed, however in 1939, we understand the main floor had a living hall and a living room (both rooms had a fireplace) along with a dining room, kitchen, a large porch, and a small bedroom and bathroom for the maid. The second floor included four bedrooms, while an additional bedroom was located on the third floor. The property featured papered walls and oak woodwork – floors and detailing. 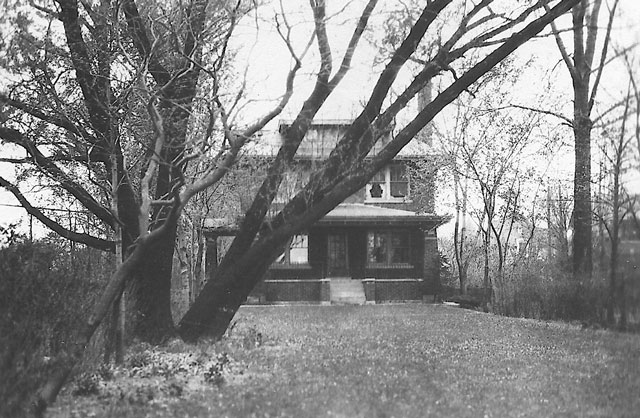 During the 1920’s Dr. Lewis E. Maire, a prominent ophthalmologist, owned the property. There is enough evidence to suggest that he was possibility the original owner. Dr. Maire was born in Philadelphia in 1855. That same year he moved to Detroit with his parents, and resided in the area until 1931. He moved to Grosse Pointe in 1896 (when 16710 E. Jefferson was completed) and lived in Grosse Pointe Park for 35 years. Following his graduation from the Detroit College of Medicine, Dr. Maire began to practice medicine in 1881; his office was located in Corktown. He was the oldest member of he Detroit Academy of Medicine, the former president of the Wayne Country Medical Society, and a member of the American Medical Association and the Michigan State Medical Society. He was also a key figure of the Grosse Pointe Board of Education – Maire Elementary School is named in his honor. Dr Maire was married to Florence Davis Maire and together they had nice children – five sons and four daughters. He passed in Dexter in 1935. Source: Detroit Free Press

In 1953, the house was sold to Mrs. Ben O. Shepherd, the wife of a prominent local political, with a plan to divide the lot into three parts. By now the lot containing the house was 60’ x 800’ sq ft while the remaining land measured 60’ x 695’ sq ft. The balance of land next to the lake had already been sold to the adjoining neighbor on Lake Court, so the package Mrs. Shepherd was offering was for the three remaining sections:

It was noted that the buyer of the 3rd lot would have to put in a sewer to connect with house sewer and leave the 42’ circle.

In 1954, Don E. Farkas and Mrs. Patricia Borgman purchased the 2nd lot. During this time it appears several changes to the house took place that included the original wrap-around porch being removed. We also believe the property, during the late 1950’s, became part of the newly established Jefferson Court sub division, at which point the official address for the house changed from 16710 E. Jefferson to become 8 Jefferson Court – located on a private lane. We also know that in 1957, the house had its first neighbor – 4 Jefferson Court.

In 1967, 16710 E. Jefferson was victim to a devastating four-alarm fire. The first fire was called in during the early evening hours and was put out with not too much damage. A second fire broke out in the early morning which caused extensive damage to the back half of the home. The house underwent a major renovation. The inside was completely gutted except for a few architectural details saved like the pocket door. It took almost 8 months to complete  This is when the front door was relocated to where it is now and a wrap-around porch was added again. Source: William Farkas.

Today, with its rich and checkered history firmly in the past 8 Jefferson Court is a blend of the old and the new. One can still see multiple elements of the original Victorian style home on the exterior, while the interior has been transformed into a modern residence for 21st century living. Image courtesy of Realtor.com 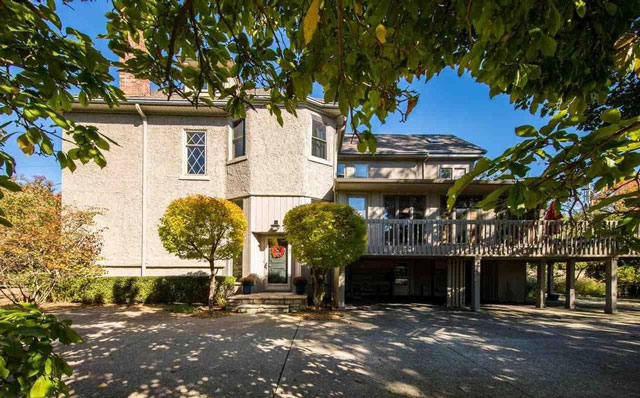 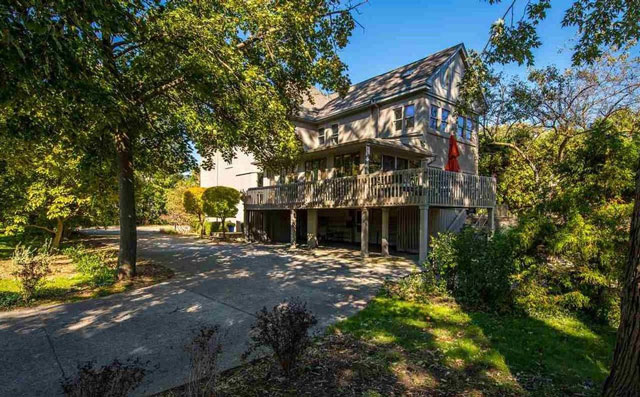 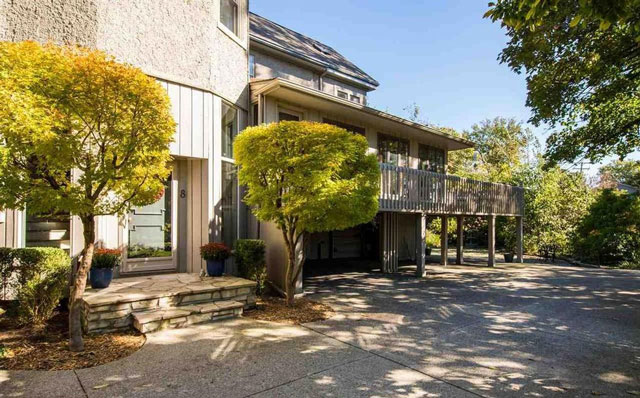 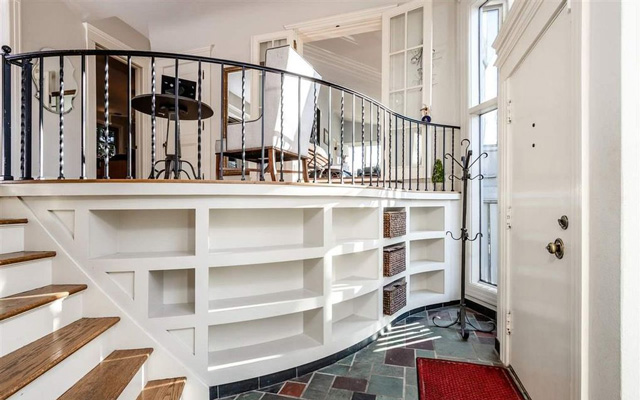 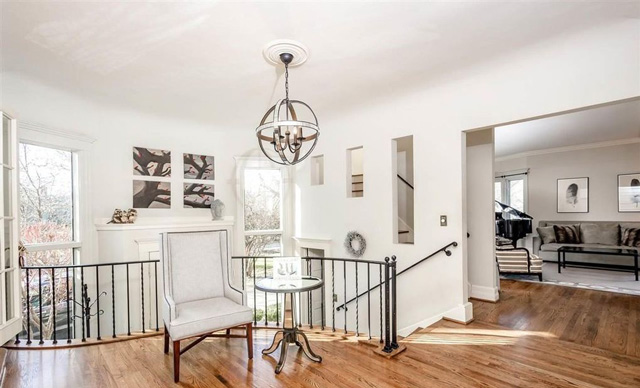 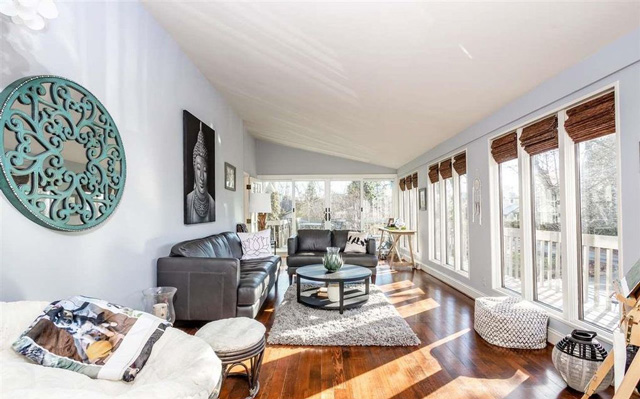 Jefferson court is part of a fascinating group of modern sub divisions that were once the location of a large expansive lot containing just one home.

Thank you to William Farkas for contacting me with some wonderful information about the property. 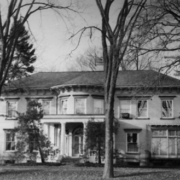 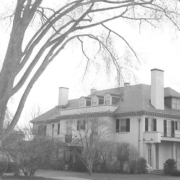 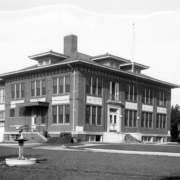 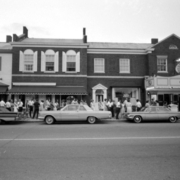