Last week we continued the story of Cox & Baker with a review of Crescent Lane – the quiet street filled with many mid-century modern Cox & Baker homes – built from the mid 1950’s to the early 1960’s.

This week we explore the work of Hugh T. Keyes on Woodland Place. Woodland Place, once a heavily wooded area on the shores of Lake St. Clair, is a narrow street, paved with bricks. It is home to eight unique residences. The majority of the homes were designed and completed during the 1920’s by a handful of noted architects – William B. Stratton, Hugh T. Keyes, and Robert O. Derrick. Keyes not only designed one home, 5 Woodland Place, he was also hired to transform two existing older residences – 7 Woodland Place and 2 Woodland Place – to make them more suitable for modern living.

5 Woodland Place
Hugh McMillan commissioned Keyes first project on Woodland Place. It was completed in 1928. The 6,400 sq ft English style five bedroom property features beautiful architectural detailing one would expect to find in a home designed by Keyes – wood paneling, a slate and wrought iron grand staircase, spectacular foyer, wood beams, and large decorative fireplaces. The main floor features a 21’ x 31’ sq ft living room, a paneled 16’ x 21’ sq ft library, a large 17’ x 21’ sq ft dining room, along with a 9’ x 15’ sq ft butler’s pantry, service stairs and a 10’ x 16’ covered terrace. The residence also includes a 3-car garage along with a carriage house that contains two bedrooms, kitchen and a family room. The carriage house is accessible from the main house and also from a separate stairway outside. The color photos below are courtesy of: Realtor.com 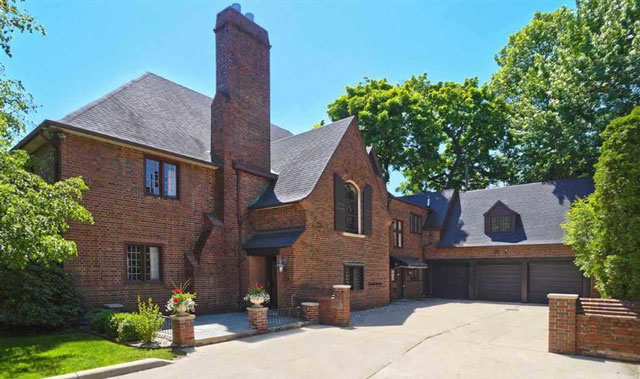 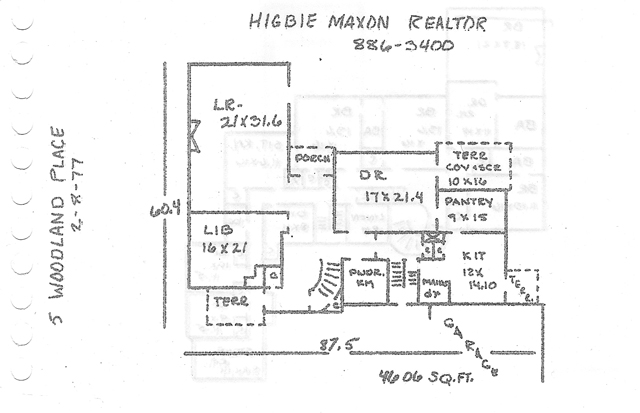 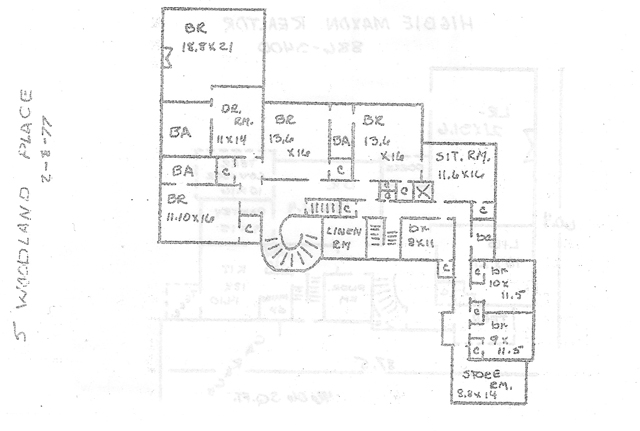 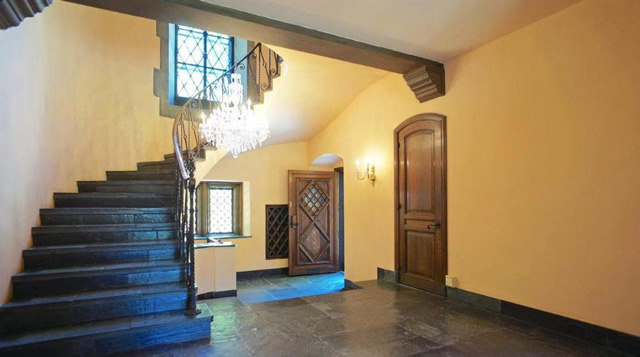 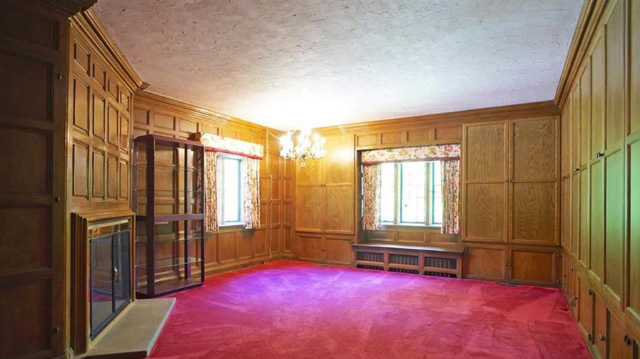 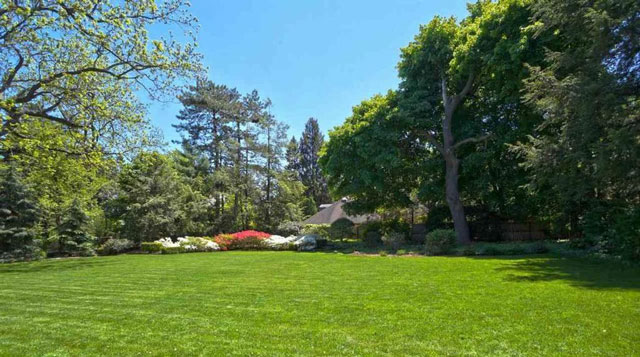 Our files indicate the property was originally located on land with an extra lot measuring 122’ x 139’ sq ft. It appears when the house was listed for sale in 1977; the extra lot was added as a separate listing that could not be sold before the house. The photos below show the entrance and the Garden terrace – courtesy of: digital collection, Detroit Public Library. 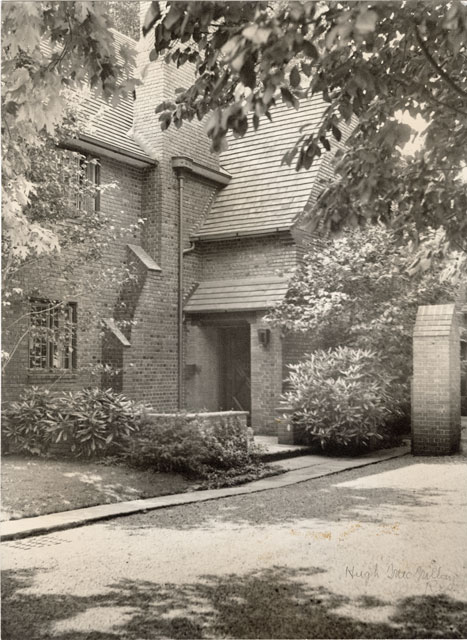 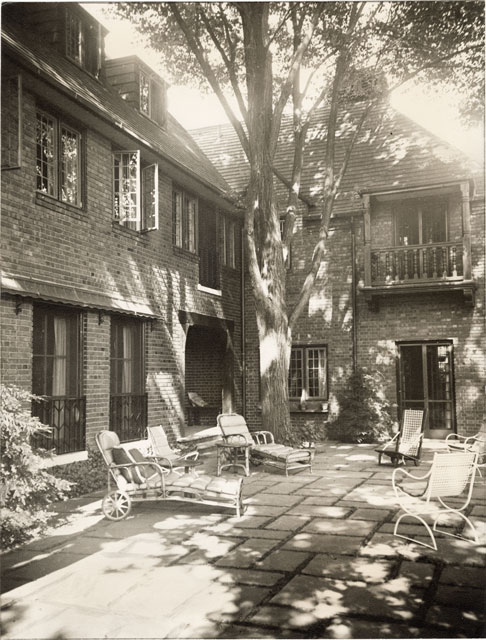 Aside from being a prolific and talented architect Hugh T. Keyes also had a stellar reputation for making significant alterations to existing older homes. He had been hired to work on numerous such projects in Grosse Pointe including two properties on Woodland Place:

7 Woodland Place
The residence was the first house to be built on the street. Mrs. Hazen S. Pingree – the wife of the four-term mayor of Detroit, a successful businessman, and the 24th Governor of the State of Michigan, commissioned one of Detroit’s most prominent architects at the time, William B. Stratton, to design her new summer residence. It was completed in 1909. 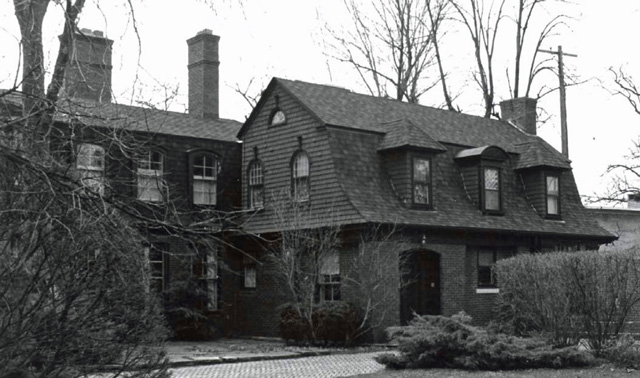 In 1935, the Pingree family hired Hugh T. Keyes to make extensive alterations/additions to the house to convert it from a summer home to a year-round residence. Research on Wikipedia explains the changes that tripled the size of the property, transforming it to over 5,200 sq ft. Upon completion the large foyer (17’ x 16’ sq ft), living room (23’ x 17’), music room (27’ x 16’) and the library (24’ x 16’) all had natural fireplaces. There were seven bedrooms in total, two of which had their own sitting rooms. A further two bedrooms were used as maids quarters. The interior featured superb herringbone hardwood floors, 10ft ceilings, wood paneling, an elaborate semi-circular music room, and an elevator.

Research on Wikipedia also states that while Keyes retained the same brick construction he added a bow-fronted wing that wrapped around part of the original structure. The research also explains Keyes first use of a mansard roof that would become a prominent feature in his later work. He combined the new mansard roof with the original gambrel roof. (Popular in 19th Century France, a mansard roof is characterized by two slopes on each of its sides with the lower slope punctured by dormer windows at a steeper angle than the upper. The steep roof with windows can create an additional floor of habitable space, such as an attic). The addition of the new roofline significantly altered the appearance of the home, and in essence changed its original architectural approach from Dutch Colonial to more of a French style. Keyes considered his work at 7 Woodland to be one of his greatest designs. Source: Wikipedia.

2 Woodland Place
Robert O. Derrick designed the property in the Federal architectural style. It was completed in 1928, for Mrs. Frank Woodman Eddy – the wife of a prominent businessman in Detroit who had made his fortune from chemical and rubber manufacturing. Mr. Eddy was also the first president of the Detroit Athletic Club in 1887. 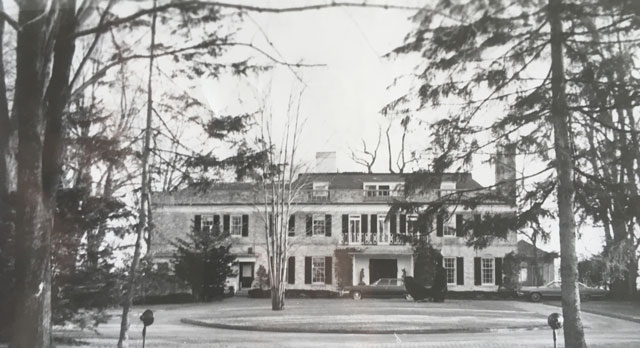 In 1940, after Mrs. Eddy’s death, the house was sold to settle the Eddy estate. The new owner was Emory Moran Ford, Sr. (the great grandson of John Baptiste Ford  – members of the Chemical Ford family). In 1949, Mr. Ford hired Hugh T. Keyes to make extensive alterations that included an addition to the house. Based on research from Wikipedia, we understand Keyes added ‘artistic glass and mirror installations, including a stair banister and glass balusters’. Keyes also added a conservatory to the rear of the property that overlooks Lake St Clair. A mansard roof was also added with a parapet. Thanks in part to Keyes, the mansard roof proved to be extremely popular in the Grosse Pointe communities during this era, and was a dominant architectural feature of many homes. Source: Wikipedia.

Keyes work on Woodland place typifies his achievements as an architect. Woodland Place may be a small street but its architectural significance in the community is second to none.