Last week we introduced you to 487 Rivard. Esselstyn and Murphy completed this grand clapboard Colonial property, in 1919, for Bernhard Stroh Jr., former president of the Stroh Brewery Company.

This week we head to Grosse Pointe Park, and to a classic Tudor Revival estate, 750 Whittier. This spectacular residence was completed, in 1920, for Detroit lumber baron, Frederic M. Sibley. According to an article in the Detroit Free Press, when the house was built it disturbed a rum-running operation that used the shore as a landing spot.

It appears the architect for this property could be the noted designer, Charles Kotting, which is the name listed on our files. Charles Kotting was one of the most prestigious architects in the city of Detroit during the early 20th century, and worked with many prominent clients in Grosse Pointe during this era.

750 Whittier sits on the edge of Lake St. Clair, with 127 feet of lake frontage. The classically designed 6,714 sq ft Tudor home is constructed of brick with a detailed timbered stucco section on the second floor. At its height of popularity, in the 1920’s, the Tudor style required skill by the architect to reproduce the typical characteristics in the right proportions in order to create the charm associated with this style. Image courtesy of Realtor.com

No expense was spared in adding the many luxurious touches that are present throughout this six-bedroom asymmetrical home. The main foyer features an abundance of detailed woodwork, paneled walls and beams. The 13’ x 14’ sq ft library includes a natural fireplace, wood paneling, along with decorative plasterwork on the ceiling. The spacious 17’ x 29’ sq ft living room also has a large natural fireplace, bay window, along with ornate wood, and plasterwork. The first floor also contains a 15’ x 20’ sq ft dining room, 15’ x 19’ sq ft sunroom, along with a huge 20’ x 46’ terrace at the rear of the house. The second floor landing includes more detailed plasterwork, along with a large bay window of stained and leaded glass. The photos below are believed to be from 1975. 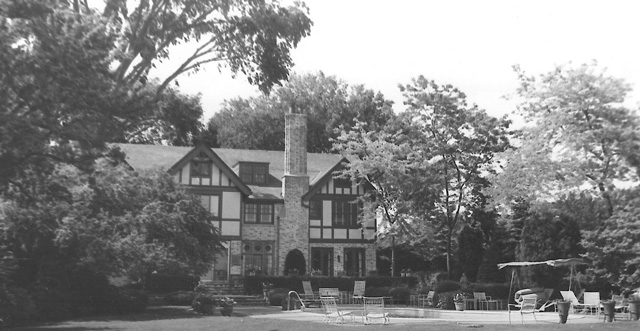 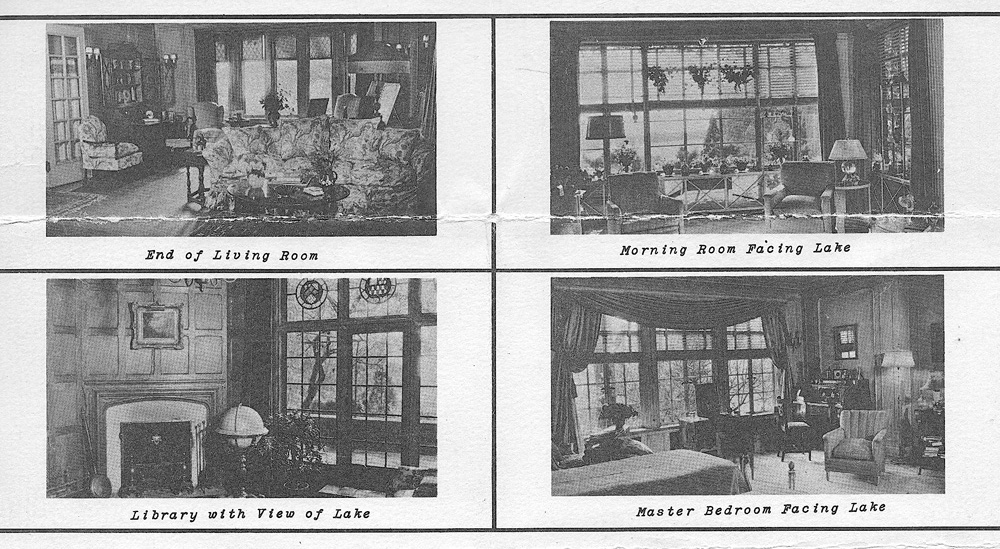 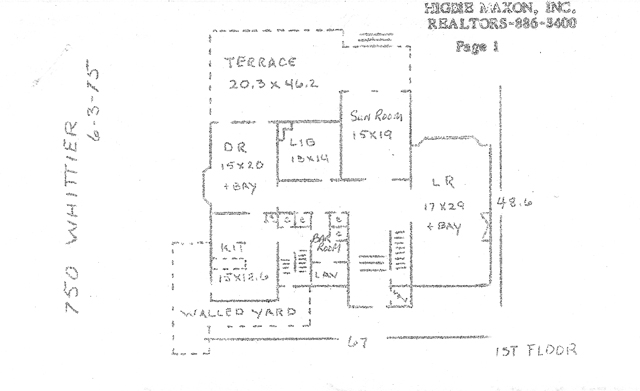 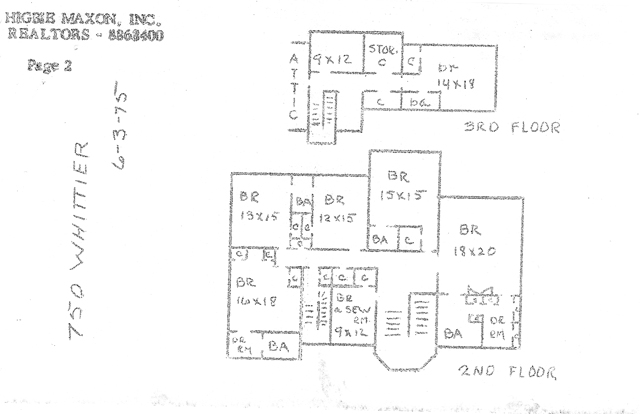 The original owner of the home, Frederic M. Sibley, was a successful lumber baron, during an era when the lumber industry was one of the main sources of wealth in Detroit. Mr. Sibley was born in Detroit, in 1883. After graduating from the Detroit College of Law, in 1908, he joined his father’s lumber company as treasurer. After his father passed, in 1912, he became president of the firm. By 1922 the company was the second largest lumber firm in Detroit, and employed nearly 400 people. Frederic M. Sibley was also associated with August Fruehau, a Detroit blacksmith, and together they developed one of the first semi-trailers to haul lumber. In 1910 Mr. Sibley married Mabel Bessenger, and they had four children (Josephine, Frederic Jr., Dorothy, Suzanne, and Joy). Sibley served in World War I, stationed in Washington from 1917 until 1919, at which point he retuned to Detroit to assume control of the Frederic M. Sibley Lumber Company.

Mr. Sibley was no stranger when it came to hiring renowned architects to work on his properties. Prior to moving to the residence on Whittier Mr. Sibley resided at 1052 Burns St, Detroit. The 3,399 sq ft home was completed, in 1912, having been designed by William E. N. Hunter, for the Sibley family. William Hunter was born in Ontario, in 1968. After 1906 Mr. Hunter worked in Ontario and Detroit, and tended to specialize in designing churches. He also created a number of residences, most of which were located it the prestigious suburbs of Metro Detroit.

In 1925, Frederic M. Sibley commissioned the architectural firm of Baxter, O’Dell & Halprin to design the new office building for the Frederic M. Sibley Lumber Company. Located on Kercheval the building is created in a Neo-Classical architectural style. The two-story brick building is trimmed with limestone, and the legend “F. M. Sibley Lumber Co.” is carved in the limestone lintel above the entrance. The building was listed as a Michigan State Historic Site, in 1989, and added to the National Register of Historic Place, in 1991. Source and image: Wikipedia. 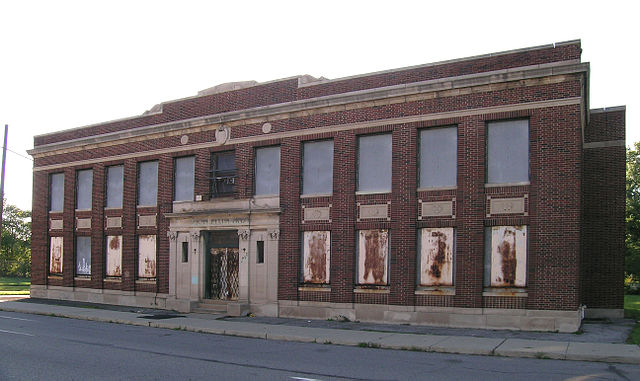 750 Whittier was built during a time of grandeur, when large, opulent properties were constructed throughout Grosse Pointe, and across Metro Detroit. The Sibley mansion was recently sold, having been restored to its former glory.

If anyone has any conclusive evidence on the architect who designed 750 Whittier we would love to hear from you.