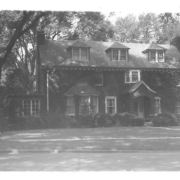 This week we review the work of Oscar C. Gottesleben & Walter A. Bernardi. Together they designed at least three homes in Grosse Pointe between 1912 through to 1927.

We can find very little information on Walter A. Bernardi, but we do know Oscar C. Gottesleben was a noted architect in Detroit during the early twentieth century. As a member of the Detroit Architectural Club Gottesleben was associated with several of the cities leading architects of this era such as Marcus Burrowes, Gustav Steffens, Dalton J. V. Snyder, Frank C. Baldwin, and William F. Goodrich. Gottesleben was also a member of the Detroit Architectural Club and the Society of Arts and Crafts. This important group of designers was staunch advocates of the Arts & Crafts movement and helped stage an architectural exhibition in the City of Detroit in 1909. From the limited research we can find on Oscar C. Gottesleben it appears he was a versatile architect, creating residential and commercial buildings. Along with designing Colonial and English inspired homes he was also inspired by gothic architecture. One of his larger gothic inspired projects was an engineering building for the University of Detroit in 1912. The four-story building was located on Jefferson near St. Antoine St. and was the third building added to the school’s campus. It stood close to where the Renaissance Center is today and was demolished in the 1950’s. Source: historicdetroit.org

In Grosse Pointe it appears the first project completed by Oscar C. Gottesleben & Walter A. Bernardi was 40 Beverly Road, completed for lawyer William Van Dyke in 1912. The stately stucco covered residence is designed in a Neo Georgian style. The front elevation of the 6,417sq ft home features an abundance of large six pane sash windows arranged individually in strict horizontal and vertical symmetry to create a lasting impression on this impactful and historic street. Photo courtesy of: Katie Doelle. 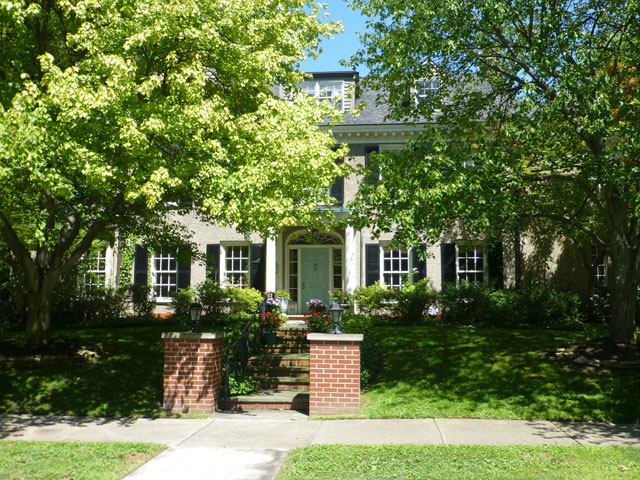 In 1922, the duo completed 425 Washington for Richard H. Doughty secretary of the Industrial Morris Plan Bank of Detroit. Mr. Doughty was married to Kathleen Rumney. The 4,500 sq ft asymmetrical English style residence is brick built with a slate roof. A tall triangular shaped porch, along with three sizable dormers in the roof, dominates the front elevation. Inside, there are multiple fireplaces, while the 27’ x 18’ sq ft living room and the 18’ x 16’ sq ft dining room both have large bay windows. The second floor has four bedrooms that include a 22’ x 16’ sq ft master bedroom along with a 14’ x 9’ sq ft sitting room. The third floor had three additional bedrooms for maids. The property also has a 4-car detached carriage house with a two-bedroom apartment. Prior to moving to 425 Washington, Richard and Kathleen Rumney resided at 24 McKinley Place in Grosse Pointe Farms. 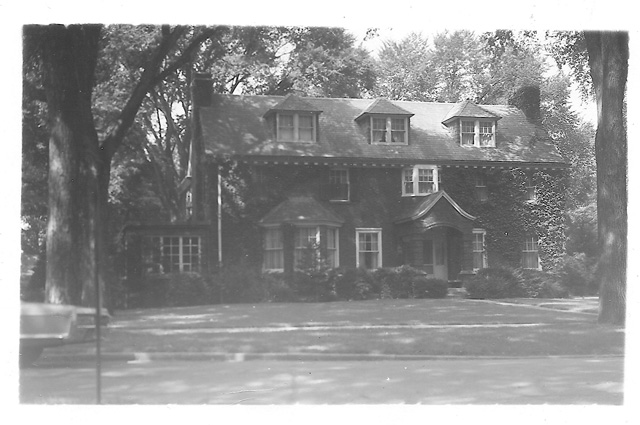 Gottesleben & Bernardi’s final project in Grosse Pointe was 225 Touraine, completed in 1927, for Ernest Bartholomaei, secretary and treasurer of building contractors Max Bartholomaei. The 4,214 sq ft English style home is one of beauty and understated presence. Aside from the large-scale chimney with its intricate brickwork, the front elevation gives little away. But once you enter the limestone-framed front door, with its intricate woodcarving, there is so much more to explore. The great room features a stunning slate floor, oak paneling, a large stone framed natural fireplace along with the main focal point of the room – a superb 96 pain window. Many of the doorways are set within large archways, which makes for a dramatic view down the long hallway that forms the focal point to this home. The pretty garden includes a rock garden, a massive white oak, English style borders and a plunge pool. The home was included in a ‘Pointe’s of Interest’ tour in 2012. The house remained in the Bartholomaei family through four generations. It was listed for sale, for the first time, in 2012. Interior and garden photos courtesy of: Realtor.com 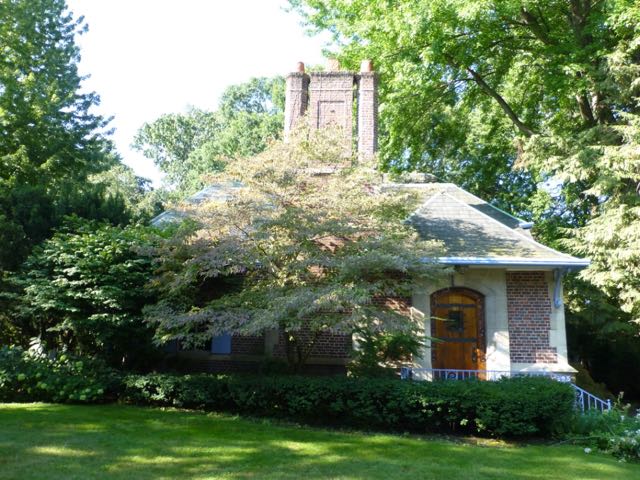 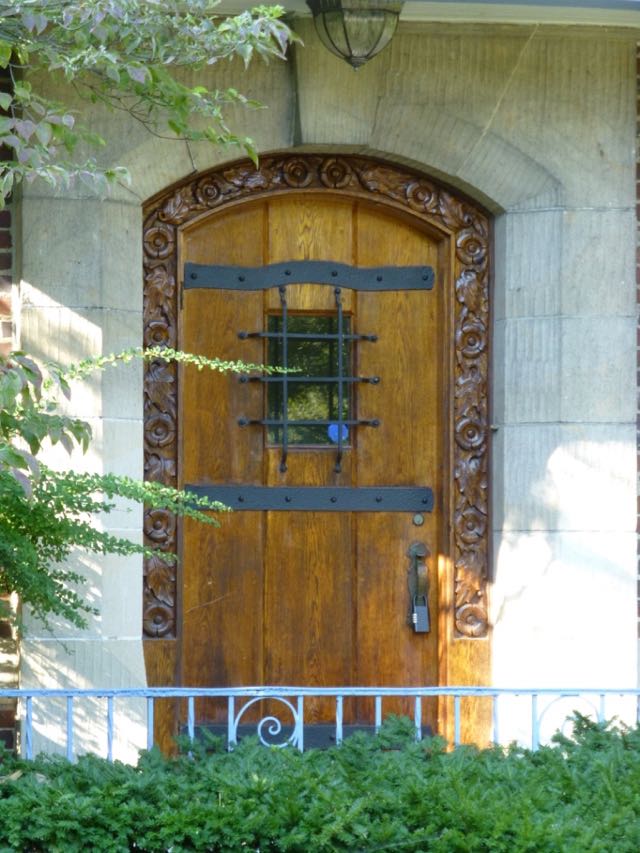 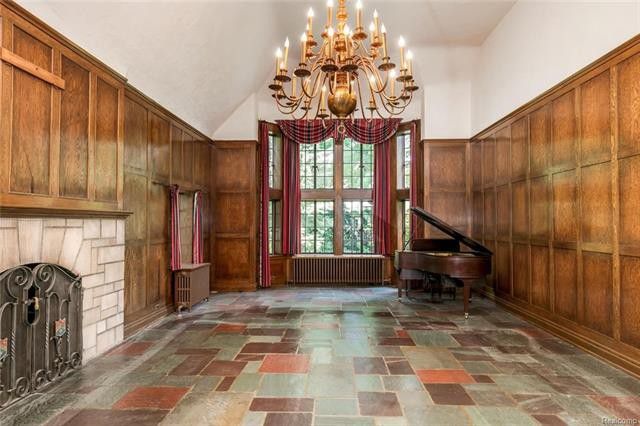 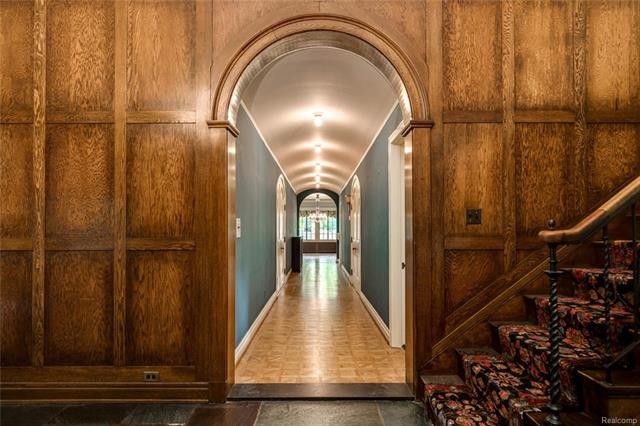 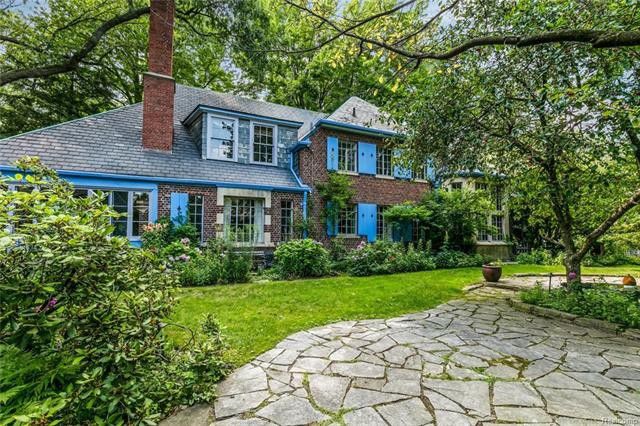 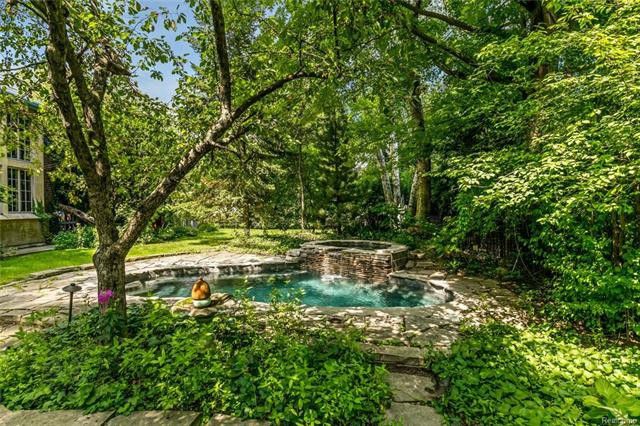 Oscar C. Gottesleben & Walter A. Bernardi may not household names but they created three majestic homes that have created a lasting impression on three very prestigious streets. 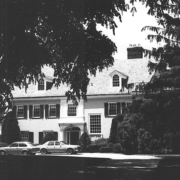 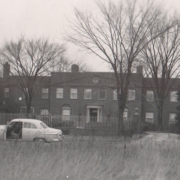 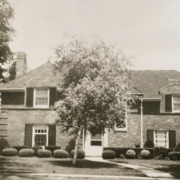 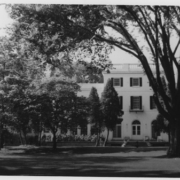